We have met 4 times with Prospect to bargain your contract. We offered 10 days to bargain in May and June and Prospect accepted only 2.

Here is what we plan to present to the employer in  the next session:

What the union has proposed thus far related to pay:

What has Prospect proposed so far related to economics:

Safety in the Workplace

FOR PROSPECT CHARTERCARE IT’S ALL ABOUT THE GREED!

We are now in our 3rd straight year of the COVID-19 pandemic.

We are now in our 3rd straight year of holding things together at the hospital for patients and employees alike.

We are now in our 3rd straight year of risking serious illness, sometimes death, by doing our jobs even though we could get COVID-19 every time we punch in.

For sure, we are now in our 3rd straight year of being under-staffed, over-worked and under-paid.

You would think by now that management would come to recognize our sacrifices and begin to treat us with some dignity and respect.

But the two owners of Prospect CharterCARE could care less about us, our patients, our families or our community.

Not too long ago, Sam Lee and David Topper, the owners of Prospect, borrowed over $1 Billion dollars so they could pay themselves over $220 million in dividends.

But now that it’s time to recognize our efforts, they refuse to give us a dime.

Instead, they want to subcontract our jobs so they can save a few bucks.

Instead, they want to send us home without pay even when we’re on the schedule.

Instead, they want to increase our out-of-pocket expenses for our medical insurance coverage by, for example, increasing our deductibles by potentially thousands a year.

Last time they disrespected us back in 2018, we came together and called them out publicly.

Guess we’ll just have to do that again.

On March 15 the union begins contract negotiations with Fatima.

As you know there are many issues to be addressed with the employer. Below is a contract survey, these

surveys have been distributed at work as well. Your imput and participation are important.

The union requested the employer increase the incentive pay for the CNAs and MHWs to $30.00 and hour. The employer, Lynn Leahey refused and increased it to $10.00 an hour.

I am writing to you to emphasize that our Union fully supports pay increases to CNAs and MHWs. Your hard work, your valuable work, justifies a significant increase in pay. Weeks ago, we told the employer this and offered to begin negotiations for our next contract immediately so that all of you could get well deserved raises as soon as possible without waiting several months for the next contract. The hospital refused our offer.

Now, sadly I have learned that some CNAs are circulating a petition to get out of our union. I agree that CNAs need a raise now. But so do all of our hard working members. We have many members earing under $15 an hour. A number of area hospitals including Kent Hospital and Westerly Hospital have already agreed to a minimum of $15 an hour. Shouldn’t our hospital? Dividing our union with such a petition months before we begin negotiations for wage increases and other important improvements to our pay and benefits is not helpful to anyone including CNAs.

Does anyone think getting rid of our union and leaving ourselves without any protection from Prospect Charter care administrators is a good idea? Does anyone think that Ms. Leahey has our best interests at heart? The hospital wants a short term solution to a long term problem. Our union wants an immediate negotiations to improve the pay and benefits for CNAs and all of our members. In any case, we will be starting negotiations in just a few months. Dividing our members now hurts everyone including CNAs. Supporting a petition to leave the union helps the administration divide the union and strip CNAs of all of the rights and benefits of a union contract.

This is the most challenging time in my entire 43 years at the hospital. I am committed to doing my best for CNAs and every other member. I ask for your support as we prepare to begin negotiating for our next contract because the old saying is true- United we stand, divided we fall.

Request for bargaining for wage increases for all.

I am writing to update you on the request the union made to Prospect to bargain early. As you surely remember Lynn Leahey has been requesting to raise the wages of the CNAs and MHW. The union responded to her in this way. Let’s bargain now, early for all of the service employees as all of the wage scales and wages are low and employment at Fatima has a revolving door.

Not only are employees underpaid they are overworked and under-appreciated.

This is how Prospect responded

“Prospect CharterCare, LLC (the “Hospital”) hereby proposes that the parties agree to reopen

negotiations of the current 2019-2022 collective bargaining agreement, if the union will agree to

permit the Hospital to provide Certified Nursing Assistants with an immediate pay increase.”

In other words they want what they want; to pay only the CNAs more now and the rest of the union has to wait. The union wants to bargain increases for all of the union members now. There is just as much a problem recruiting and retaining other disciplines and you all deserve a pay increase NOW.

Thank you Lynn Leahey and the rest of Prospect management for all of your help to get to the table now.

Request For Incentive or Hazard Pay

The Prospect Way continues regarding how it treats the hard working employees at Fatima. It makes sense to define the Prospect Way, cheap and unfair. They refuse to give incentive pay or hazard pay to all of the loyal employees who work at Fatima. We have asked nicely and were told NO. We are now circulating a petition and will present it to our CEO, what’s his name? Oh yes, Jeffrey Leibman. Stay tuned.

It was brought to the union’s attention that the training related to PPE was inadequate and or non-existent for many employees at Fatima. The employer started to retrain a couple of weeks back. They have over 700 employees to train so it will take some time. If you haven’t been trained or retrained please contact one of the UNAP officers Cindy Fenchel, Mike Pellicano, Jean Tanner, Dawn Leonardo, Mike Lewis or Doreena Duphily.

Outreach Training For COVID- 19 Testing and PPE Issues The employer responded to our requests below in BOLD.

The employer decided to wash gowns in the basement of Fatima and actually started the process without having any safety measures in place besides PPE for the staff. The union listed some measures we thought ought to be in place. The employer agreed to some of the items listed below in BOLD.

Negotiation are under way for a contract for the service employees.

On April 21, 2015 service employees voted 221 to 76 to join the UNAP. They have since elected a bargaining team and started to negotiate a contract with Prospect. 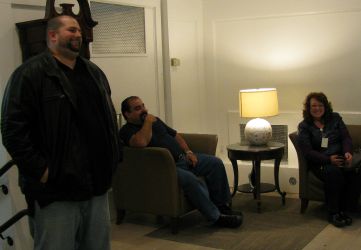 Just after the vote count. 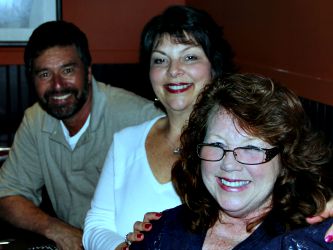